When the homeowners of New York County are in need of professional washing machine repair services, NY Appliance Clinic is the first company they call. For years, our fully licensed and insured, locally owned and operated Soho, NY appliance repair company has been restoring the function and improving the efficiency of the washing machines of New York County with top-quality appliance repair services.

Our team of professionally trained repair technicians combines proven techniques and strategies with certified parts and equipment to deliver the most reliable results. No matter the age, make, or model, if your washing machine is acting up, you can count on our Soho, NY appliance repair company to deliver fast, efficient, and reliable results. When NY Appliance Clinic is on the job, you can rest easy knowing that we’ll get your washing machine back up and running in no time.

When You Should Call a Soho, NY Appliance Repair Contractor to Fix Your Washing Machine

But how do you know when you need to call a washing machine repair professional? Here’s a look at some telltale signs that scheduling an appointment with a Soho, NY appliance repair technician is a must.

You didn’t overload the machine, you put it in the right setting, and you used the appropriate amount of detergent, but nevertheless, your laundry still remains soiled. If this scenario sounds familiar to you, something is going on with your New York County washing machine and you should really call in a Soho, NY appliance repair technician.

As soon as you notice the machine is leaking, don’t delay; contact a washing machine repair specialist right away! The longer you wait, the worse the damage will become – not just to the machine, but to your New York County home, too! A reliable and experienced Soho, NY appliance repair technician will run a full diagnostic test on your washer to detect the cause of the problem and will make the repairs that are necessary to correct it.

A Soho, NY appliance repair professional will identify the cause of the unusual sounds, such as a loose drum, a bad motor, or a loose part, and will make the repairs that are necessary to fix the problem and restore the machine so that it returns to making the sounds it usually makes.

If your laundry is dripping wet or bone dry when it comes out of the washing machine, contact a Soho, NY appliance repair contractor. An experienced washing machine repair specialist will thoroughly assess the machine and will be able to make the necessary repairs.

When you’re having issues with your washing machine – whether one of the above-mentioned problems or something else entirely – call in a reputable and experienced Soho, NY appliance repair contractor, like NY Appliance Clinic.

Some information about Soho, NY

SoHo, sometimes written Soho, is a neighborhood in Lower Manhattan in New York City. Since the 20th century it has been the location of many artists’ lofts and art galleries, and has also been known for its variety of shops ranging from trendy upscale boutiques to national and international chain store outlets. The area’s history is an archetypal example of inner-city regeneration and gentrification, encompassing socioeconomic, cultural, political, and architectural developments.

During the colonial period, the land that is now SoHo was part of a grant of farmland given to freed slaves of the Dutch West Indies Company, and the site of the first free Black settlement on Manhattan island. This land was acquired in the 1660s by Augustine Hermann, and then passed to his brother-in-law, Nicholas Bayard. The estate was confiscated by the state as a result of Bayard’s part in Leisler’s Rebellion, but was returned to him after the sentence was annulled.

In the 18th century natural barriers – streams and hills – impeded the growth of the city northward into the Bayard estate, and the area maintained its rural character. During the American Revolution, the area was the location of numerous fortifications, redoubts and breastworks. After the war, Bayard, who had suffered financially because of it, was forced to mortgage some of the property, which was divided up into lots, but even then there was very little development in the area, aside from some manufacturing at Broadway and Canal Street.

Serious development of the area did not begin until the Common Council, answering the complaints of landowners in the area, drained the Collect Pond, which had once been an important source of fresh water for the island, but which had become polluted and rank and a breeding ground for mosquitoes. A canal was built to drain the pond into the Hudson, and the canal and pond were both later filled in using earth from nearby Bayard’s Hill. Once Broadway was paved and sidewalks were built there and along Canal Street, more people began to make their homes there, joining earlier arrivals such as James Fennimore Cooper. 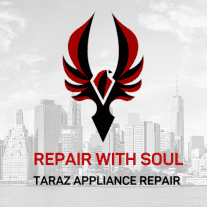