Why You Should Hire a Professional New York City, NY Subzero Repair Service Instead of Doing the Job Yourself

For years, NY Appliance Clinic has been keeping the refrigerators of New York County running properly with top-quality appliance repairs. We’re a full-service New York City, NY Subzero repair contractor that specializes in several other types of well-known brands, such as Wolf and Cove, Amana, Bosch, Dacor, and many, many more. Our professionally trained, fully licensed and insured repair technicians are experts in their field and are committed to offering exceptional customer care. Broken ice makers, burnt-out motors, cracked drain pans, and so much more; no job is too big or too small for our team of professionals. When your fridge is on the fritz, for factory-certified services you can rely on, get in touch with NY Appliance Clinic.

Of all of the appliances in your New York County home, the fridge is arguably the most important. It chills and freezes your food so that it’s fresh and safe for you and your family to consume. Needless to say, your fridge does a pretty important job. Since it’s always running and used on a constant basis, however, a refrigerator is bound to experience problems at some point over the course of its life. The compressor can stop working, the ice maker can break, refrigerant can leak, the exterior door gasket can warp, and even the hinges can become loose or worn out; those are just some of the issues that can arise.

Whether minor or big, when your fridge is in on the fritz, rather than replacing it, you can save yourself a good bit of money and have the appliance repaired. If you consider yourself the handy type, you might be thinking about fixing your fridge on your own. While there’s no doubt that there are plenty of jobs that you can do around your New York county house yourself, some jobs are better lefts to the pros. Refrigerator repair is one of those jobs. Before you pull up your sleeves and try to do the work yourself, here’s a look at some great reasons why you seriously should consider hiring a professional refrigerator repair service instead. 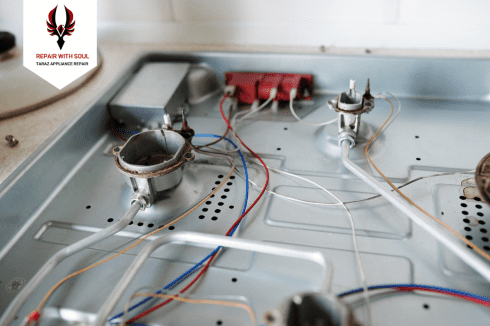 You don’t want your refrigerator repair to last a few days, a few weeks, or even a few months; you want them to last as long as possible. When you do the job yourself, unless you’ve had professional training and hands-on experience, there’s a good chance that the results aren’t going to last very long. Refrigerators are complicated appliances. They’re comprised of plumbing pipes, electrical wires, and a variety of other components. Sure, there are lots of tutorials that you can use for guidance, but the truth is, no matter how detailed and informative those tutorials may be, they just can’t compare to the knowledge and experience that a professional New York City, NY Subzero repair technician will have.

A licensed and certified refrigerator repair technician will perform a thorough assessment of your New York County appliance. They’ll pinpoint the source of the problem, and once identified, they’ll know exactly how to make the necessary repairs. Plus, a reputable New York County professional will only use certified parts. The bottom line: for top-quality, long-lasting results, hiring a pro is definitely the way to go.

The only thing that’s more frustrating than finding out that your refrigerator is broken is waiting a long time to have it repaired. If you do the job yourself, there’s a pretty good chance that it’s going to take longer than you’d like to have the appliance fixed. Why? Well, because not only do you have to determine the cause of the problem – which can take a while on its own – but you’ll also need to figure out exactly what type of tools and equipment will be needed, and you have to figure out how to actually fix the appliance. In other words, fixing the fridge yourself can take a while.

If you want the fastest results possible, you’re definitely going to want to hire a professional refrigerator repair service. A reputable New York City, NY Subzero repair contractor will offer same-day services to expedite the process. They’ll arrive at your New York County house on time and with all of the necessary tools and equipment. A pro will perform a thorough assessment of your refrigerator, will accurately diagnose the problem, and will promptly make the necessary repairs. In short, for the fastest results, skip attempting to do the job yourself and instead, schedule an appointment with a certified, licensed, and insured refrigerator repair service.

At first glance, fixing a fridge might seem like it’s a job that’s pretty simple, straightforward, and certainly not hazardous. In reality, however, it’s a lot more complex – and dangerous – than it appears. Refrigerators are pretty intricate appliances. They’re comprised of numerous electrical wires and plumbing components. All it takes is crossing the wrong wires, pipes, and/or drains for something to short circuit, which can result in a fire. You could possibly electrocute yourself, too.

In order to avoid unexpected dangers and ensure the safety of your New York County home, your family – and of course, yourself – skip the DIY approach and hire a professional refrigerator repair service instead. An experienced New York City, NY Subzero repair technician will know how to properly and safely handle the appliance.

Like a lot of New York County homeowners, you might be thinking about fixing your fridge yourself to save money; in reality, however, doing the job yourself can end up costing you a lot more than hiring a professional. Why? Well, because you’ll have to purchase all of the necessary tools, equipment, and parts, which can be pretty pricy. Plus, if you make a mistake, you could damage the fridge and your kitchen, and you could even injure yourself. In order to avoid the exorbitant costs that can be associated with fixing your fridge yourself, hiring a professional refrigerator repair service is definitely the more affordable way to go. A reputable New York City, NY Subzero repair contractor will charge fair and affordable prices, they’ll stand behind their work with a satisfaction guarantee, and they’ll provide premium-quality factory serviced services that will last a long time.

With so many benefits, it’s easy to see why when it comes to fixing your fridge, you should forego the DIY approach and hire a pro instead. If you’re looking for reliable, efficient, and affordable New York City, NY Subzero repair services, get in touch with NY Appliance Clinic. Offering years of experience and a track record of excellence, you can count on our team of experts to deliver exceptional results. For more information or to schedule a consultation, call 888-528-9262 today!